Before and After: Media School Logo

By CurtisApril 3, 2015Before and Afters
No Comments The original logo has a bit too much going on in such a small space. One of the first things we noticed is when the logo is used in a small environment, such as website banner, all the details were lost. Also, notice the strongest word is SCHOOL. We felt there was a disconnect between Media and the word School. Additionally, you would want the word MEDIA to stand out more as that is a key descriptor on what type of school it is.

In the new design, we cleaned up the focus and gave it a more iconic design. This conveys strength and a timeless look. The original logo seemed a bit dated. Notice that we also put much more weight on the word MEDIA. That is the most important word but it doesn’t overpower the word School. In fact, they word nicely together. The word Miami was done in an offset color because the school had other campuses across the United States that we could swap out the location and keep the same consistent branding across all campuses.

Received our brochures ahead of schedule

“I just wanted to say thank you. I deal with so many companies on a day to day basis that...

“The booklets have exceeded our expectations.  Thank you so much for saving our conference!!” I Absolutely Love These!

“If I haven’t said it already, you all are AMAZING!!  Thanks for all the research you guys did.  You really...

More projects to bring your way

“We are super happy with the way the brochures turned out and I have already talked to other business owners...

“You guys are very efficient and deliver a nice product in a timely fashion. Thank you!!”

You guys are great to work with

“I know you guys are putting the finishing touches on the pamphlets but I wanted to say you and your...

“Love the work and clean design. Amazing how on target you are with the design. Just blown away with the...

We will use you again in the future

“Thank You for quality service and a great overall product. We will use you again in the future." “Hi Curtis. WOW. That was the initial reaction when I opened up the proof. Stunning visual and classy.” Thank you for meeting the date

“The Banner and Business Cards look FANTASTIC!!!!!  Great work by the team there. Thank you for pulling this off and meeting... “We can’t thank you enough for the fabulous job you did on our brochures and brochure printing. Our past experience... Everyone was really impressed.

“Just wanted to let you know again what an incredible job you did this month with the cover, ad, and... 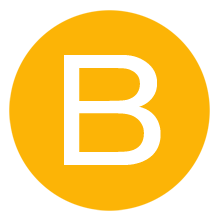 Definitely worth the money!!

“I will tell you, you could have a career at NASA!! These really look great and they will definitely do!... This has been so easy!

“Thanks, this has been so easy! Even between Michigan and Texas, this whole process was so much more convenient than...

“The brochures are beautiful! You did a wonderful job, we’re really happy with them. Thanks for designing brochures that work!”

We are rated 4.6 out of 5 stars from hundreds of clients! How cool is that?

We are your dedicated design team providing brochure design, website design, digital graphics, and much more. Anytime you need creative graphic design, we can deliver on demand.